America’s Next Top Model 7, Episode 11, Who will swim and who will sink?

America’s Next Top Model 7, Episode 11, Who will swim and who will sink?
By Jackie Helm

Tyra Mail, “In the modeling industry, working with a partner has many pros. You just have to keep them from stepping o­n your toes.”

The ladies arrive at a dance studio to get a crash course in dancing with a partner. Four men join the girls and get their dance o­n. Eugena received praise for catching o­n quickly. The instructor informs the girls that there will be a test!

Miss J. Alexander joins the girls for dinner and wishes the best bitch to win. Back at the house Tyra Mail reads, “Head up, shoulders back, it’s going to be a stiff competition.” The next day the dancing challenge pops off. The gals get dolled up in foo-foo dresses and grab their guy. CariDee got props, Amanda showed improvement, Melrose messed up and Eugena was the winner.

Since Amanda had not won a challenge, Eugena chose her to share the prize. At home they unwrapped boxes of Custo Barcelona clothing.

Tyra Mail, “Will you drown when faced with your own competition. Let’s see which girl will sink when she sees you floating to the top.” This leads to the photo shoot of the week. The girls pair up and float face up in a pool of water.

Tyra is o­n set to help coach the ladies through the task. Eugena and Melrose pose together. The shoot is a tad difficult due to the water’s freezing temperature. During CariDee and Amanda’s shot, the cold water got the best of CariDee. She was shaking terribly and in Jay’s words, “had reached the moment of hypothermia.” 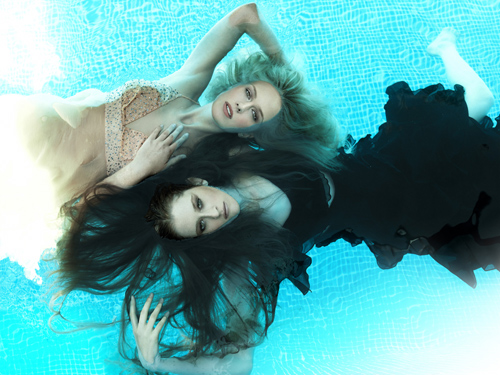 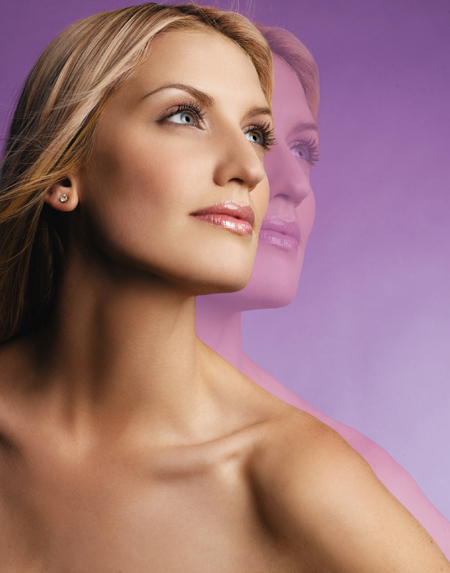 Tyra Mail, “Tomorrow you will meet with the judges. o­nly 3 will continue o­n in the hopes of becoming America’s Next Top Model.” Panel time. The girl’s water photos are reviewed and they are sent out so the judges can do their thing. After some talk, the girls are called back in and photos are handed out. CariDee and Amanda stand in the bottom two.

Tyra credits both for having strong potential. She says that Amanda has an edgy high fashion look, but she’s awkward and her personality is sweet and engaging, but too soft and meek. CariDee has the bubbly personality that sometimes bubbles over. Tyra informs her that swimsuit photos are shot in the winter and coats are shot in the hot summer. CariDee is congratulated for still being in the running and Amanda is given her farewell.

Amanda leaves us with, “It’s always hard when something good ends and this was definitely something good for me. It’s over. I wanted to be in the final two just to experience it all and I wanted to win. But it was great to make the final four. It was a lot of fun. It’s something I’ll never forget. It’s something that can never happen again. It’s hard to pack up your things and know that tomorrow will be just a regular day. It’s just weird. I think I did want this more than my sister. I think I wanted it more. It’s just hard to leave something, ya know. It’s hard, there’s not really a way to explain how I feel. It’s like I am breaking up with Top Model, but I got broken up with.”

Check back for my interviews with the twins. Then gear up for the finale! Who will be America’s Next Top Model for Cycle 7? Eugena, CariDee or Melrose? Stay tuned!