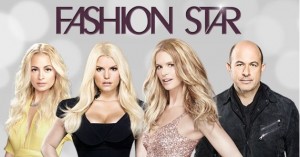 NBC kicks off the new year with the reality competition series “Fashion Star,” that will search for the next big brand in fashion. Featuring host and executive producer Elle Macpherson, along with celebrity mentors Jessica Simpson, Nicole Richie and John Varvatos, the series will give 14 unknown designers the chance to win the multi-million dollar prize of launching their collections in three of America’s largest retailers: Macy’s, H&M and Saks Fifth Avenue.

Each week, the show will begin with an exhilarating fashion show unlike anything seen before, featuring musical performances, dancers and models in front of a studio audience. Every fashion show will be built around a weekly challenge that is designed to further develop and expand the designers’ brands.

The series will feature clothes designed for America to buy and has enlisted three of the world’s top retailers to help in the decision making process. Caprice Willard (Macy’s), Terron E. Schaefer (Saks Fifth Avenue) and Nicole Christie (H&M) will serve as the judges who make on-the-spot decisions as they vie for the right to purchase and exclusively carry the work of the up-and-coming designers each week.

At the end of each episode, America will have the chance to immediately purchase the winning designs showcased on the episode that week. What viewers see on TV that night will be on the streets and in stores immediately. With just a single trip down the runway, “Fashion Star” will change the lives and fortunes of these aspiring designers forever.

Each week, designers who do not sell any of their items to the buyers will be up for elimination. In addition, celebrity mentors Simpson, Richie and Varvatos will be able to save one of these designers from the chopping block.

The fashion designers featured on the show will include everyone from the stay-at-home mom who makes her own clothes to sell at the local community market to the recent design school graduate who has held jobs with major design houses to an engineer who became a self-taught designer. Many of the contestants will come to the competition with their own existing lines and will be challenged to take their brand to the next level. All the contestants will be put to the test to see how they react in a variety of real-world scenarios to determine who has the vision and desire to build a fashion empire and achieve his/her dream. With top experts as their guides and mentors throughout the process, designers will have to be as adept in the business of fashion as they are in their creativity since it’s up to them to make their brand a national reality.

In the end, one designer will successfully combine fashion and business to become the next “Fashion Star” and will receive the prize of a lifetime –$6,000,000 in orders for capsule collections in Macy’s, H&M and Saks Fifth Avenue stores.

The “Fashion Star” format was developed by Ben Silverman of Electus (NBC’s “The Biggest Loser,” “The Office,” and “The Tudors”), Rick Ringbakk of Emmy Award-winning 5×5 Media (“Jamie Oliver’s Food Revolution”), and E.J. Johnston and James Deutch of EJD Productions.

The show is executive-produced by Elle Macpherson, Ben Silverman of Electus, Jane Lipsitz and Dan Cutforth of The Magical Elves, Rick Ringbakk of 5×5 Media) and EJ Johnston and James Deutch of EJD Productions. Electus/Engine Distribution will retain all international distribution rights.